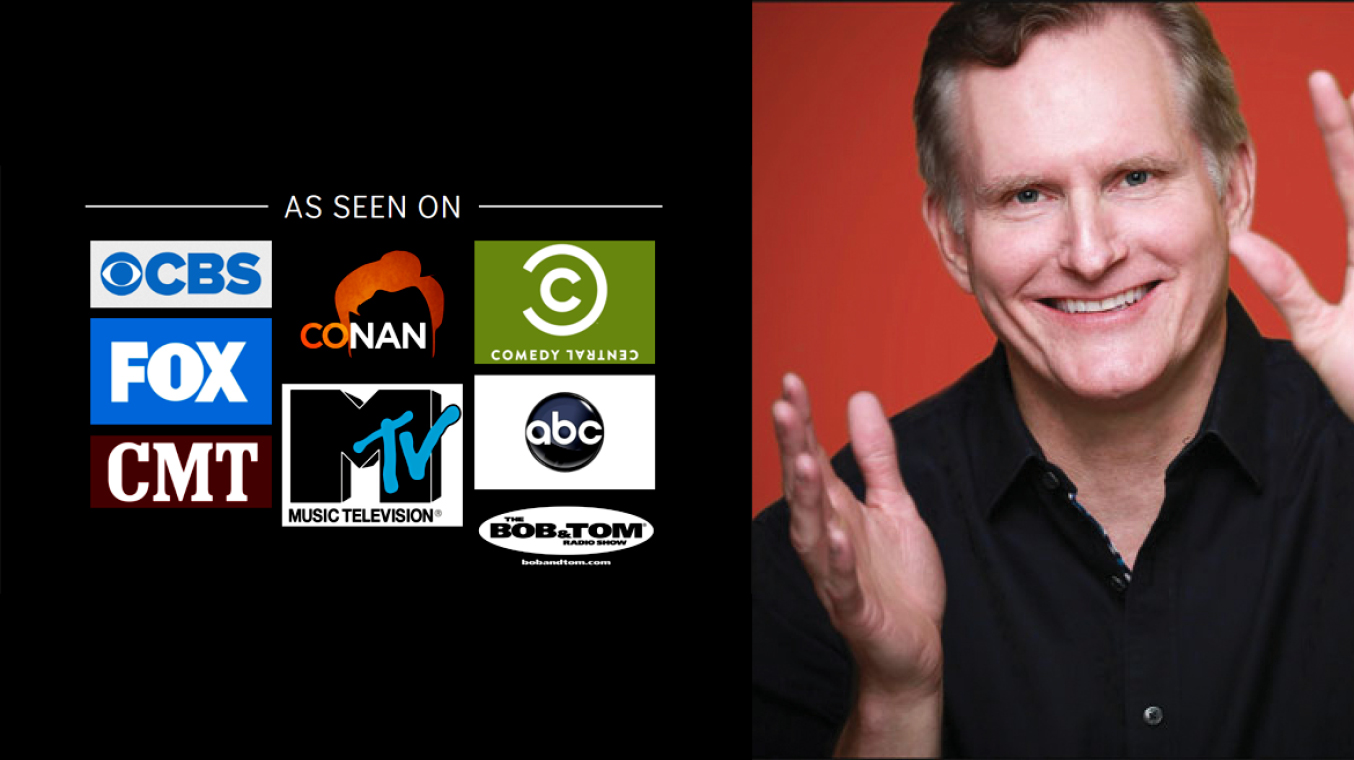 In response to COVID-19, this event is canceled. Ticked purchasers will be recieve a full refund from City Opera House.

Hahn has parlayed his absurdly energetic, all out style of physical humor, one liners and crowd work, into a performance of immediate pandemonium and crazy fun. His wild, likable stylings have led to numerous TV, corporate and theater appearances throughout the country and Canada.

After several serious jobs where he refused to be serious, Greg turned pro as a stand-up comedian and landed the unique gig as emcee for a theme park lumberjack show. This supplied him with a microphone, four huge audiences a day, drunk ax swinging lumberjacks, and a log rolling dog. Soon afterward, he worked as stuntman in the Wild Wild Wild West Stunt Show at Universal Studios. “For $20 an hour, I’d run out, fall down a few times, then get whacked in the head with a stick…dream job.”

Get ready for a night of laughs.